Where -  Special Collections in the LWLC!!  (Levi Watkins Learning Center)

A compulsively readable debut novel about marriage, immigration, class, race, and the trapdoors in the American Dream—the unforgettable story of a young Cameroonian couple making a new life in New York just as the Great Recession upends the economy Jende Jonga, a Cameroonian immigrant living in Harlem, has come to the United States to provide a better life for himself, his wife, Neni, and their six-year-old son. In the fall of 2007, Jende can hardly believe his luck when he lands a job as a chauffeur for Clark Edwards, a senior executive at Lehman Brothers. Clark demands punctuality, discretion, and loyalty—and Jende is eager to please. Clark’s wife, Cindy, even offers Neni temporary work at the Edwardses’ summer home in the Hamptons. With these opportunities, Jende and Neni can at last gain a foothold in America and imagine a brighter future.

However, the world of great power and privilege conceals troubling secrets, and soon Jende and Neni notice cracks in their employers’ façades. When the financial world is rocked by the collapse of Lehman Brothers, the Jongas are desperate to keep Jende’s job—even as their marriage threatens to fall apart. As all four lives are dramatically upended, Jende and Neni are forced to make an impossible choice. 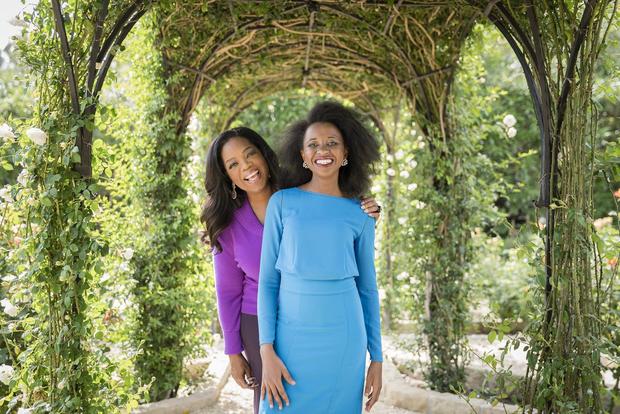 Imbolo Mbue is a native of the seaside town of Limbe, Cameroon. She holds a BS from Rutgers University and an MA from Columbia University. A resident of the United States for more than a decade, she lives in New York City. Behold the Dreamers, her critically acclaimed debut novel, won the 2017 PEN/Faulkner Award for Fiction and was named by The New York Times and The Washington Post as one of the notable books of 2016. It was also named as a best book of 2016 by NPR, Kirkus Reviews, the San Francisco Chronicle, The Guardian and the St. Louis Post-Dispatch. The novel also won the 2017 Blue Metropolis Words to Change Prize.

Behold the Dreamers by Imbolo Mbue 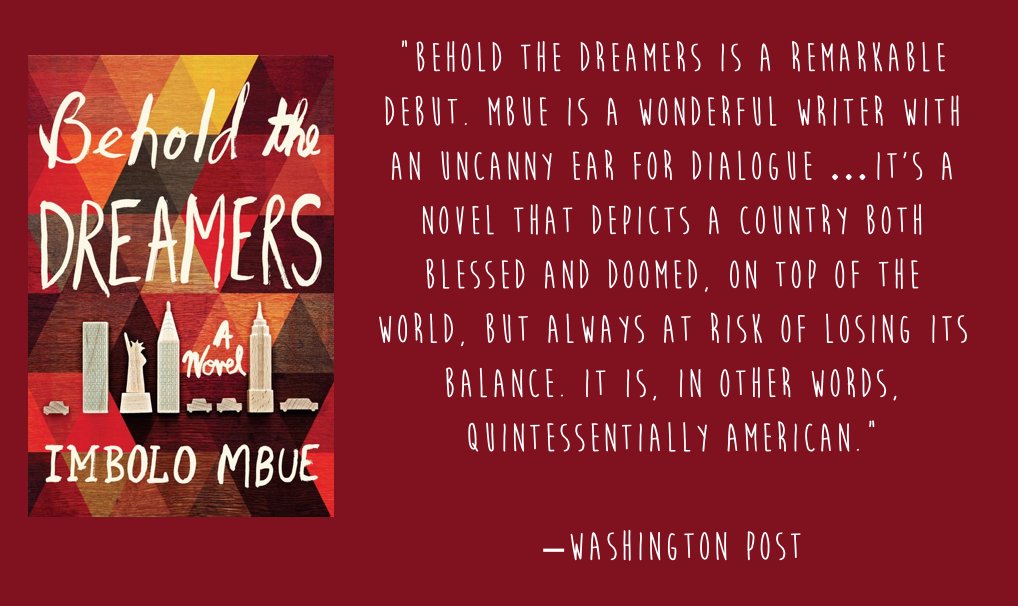 ONE He’d never been asked to wear a suit to a job interview. Never been told to bring along a copy of his résumé. He hadn’t even owned a résumé until the previous week when he’d gone to the library on Thirty-­fourth and Madison and a volunteer career counselor had written one for him, detailed his work history to suggest he was a man of grand accomplishments: farmer responsible for tilling land and growing healthy crops; street cleaner responsible for making sure the town of Limbe looked beautiful and pristine; dishwasher in Manhattan restaurant, in charge of ensuring patrons ate from clean and germ-­free plates; livery cabdriver in the Bronx, responsible for taking passengers safely from place to place. He’d never had to worry about whether his experience would be appropriate, whether his English would be perfect, whether he would succeed in coming across as intelligent enough. But today, dressed in the green double-­breasted pinstripe suit he’d worn the day he entered America, his ability to impress a man he’d never met was all he could think about. Try as he might, he could do nothing but think about the questions he might be asked, the answers he would need to give, the way he would have to walk and talk and sit, the times he would need to speak or listen and nod, the things he would have to say or not say, the response he would need to give if asked about his legal status in the country. His throat went dry. His palms moistened. Unable to reach for his handkerchief in the packed downtown subway, he wiped both palms on his pants. “Good morning, please,” he said to the security guard in the lobby when he arrived at Lehman Brothers. “My name is Jende Jonga. I am here for Mr. Edwards. Mr. Clark Edwards.” The guard, goateed and freckled, asked for his ID, which he quickly pulled out of his brown bifold wallet. The man took it, examined it front and back, looked up at his face, looked down at his suit, smiled, and asked if he was trying to become a stockbroker or something. Jende shook his head. “No,” he replied without smiling back. “A chauffeur.” “Right on,” the guard said as he handed him a visitor pass. “Good luck with that.” This time Jende smiled. “Thank you, my brother,” he said. “I really need all that good luck today.” Alone in the elevator to the twenty-­eighth floor, he inspected his fingernails (no dirt, thankfully). He adjusted his clip-­on tie using the security mirror above his head; reexamined his teeth and found no visible remnants of the fried ripe plantains and beans he’d eaten for breakfast. He cleared his throat and wiped off whatever saliva had crusted on the sides of his lips. When the doors opened he straightened his shoulders and introduced himself to the receptionist, who, after responding with a nod and a display of extraordinarily white teeth, made a phone call and asked him to follow her. They walked through an open space where young men in blue shirts sat in cubicles with multiple screens, down a corridor, past another open space of cluttered cubicles and into a sunny office with a four-­paneled glass window running from wall to wall and floor to ceiling, the thousand autumn-­drenched trees and proud towers of Manhattan standing outside. For a second his mouth fell open, at the view outside—­the likes of which he’d never seen—­and the exquisiteness inside. There was a lounging section (black leather sofa, two black leather chairs, glass coffee table) to his right, an executive desk (oval, cherry, black leather reclining chair for the executive, two green leather armchairs for visitors) in the center, and a wall unit (cherry, glass doors, white folders in neat rows) to his left, in front of which Clark Edwards, in a dark suit, was standing and feeding sheets of paper into a pullout shredder. Excerpted from Behold the Dreamers (Oprah's Book Club) by Imbolo Mbue. Copyright © 2016 by Imbolo Mbue. All rights reserved. No part of this excerpt may be reproduced or reprinted without permission in writing from the publisher.