A month to celebrate Asian and Pacific Americans, their culture and their contributions to the United States.
Asian-Pacific American Heritage Month (also known as Asian American and Pacific Islander Heritage Month) has its origins from a 1977 House of Representatives resolutions for the President to declare the first 10 days of May as Asian-Pacific Heritage Week. The Senate introduced a similar bill. Both bills were passed. The first 10 days of May were chosen for the following two historical events:
1. May  7,  1843 - Immigration of the first Japanese to the United States
2. May 10, 1869 - Completion of the Transcontinental Railroad by workers of whom the majority were Chinese immigrants
Recognition of Asian-Pacific Heritage Week started by President Jimmy Carter in October 1978. President George H.W. Bush in 1990 extended a week-long celebration (May 1-10) to a month-long celebration (all of May). The new designation of Asian-Pacific Heritage Month was signed into law in 1992. 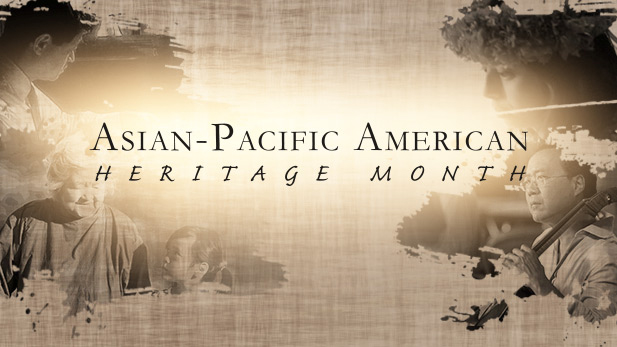 Some sites for further information about the Asian American and Pacific Islander communities:

Celebrating Asian Pacific Heritage Month in May - (Asia for Kids) Good overviews of various Asian and Pacific communities. This site is also a resource-purchasing site.

Some books and e-books in our collection related to Asian- and Pacific-Americans include (selections: NF) :