While the date is from 2017, the information covered in the video is timeless.
(text: NF)

Why is February Black History Month?

Black History Month started as Negro History Week (second week of February) in 1926 by Carter G. Woodson and the Association for the Study of Negro Life and History. Over the decades, this week was endorsed as a holiday. 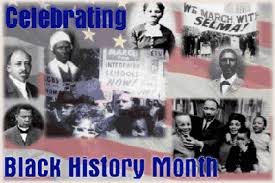 Some books and e-books in our collection related to the breadth of African-American history and  culture include (selections: NF) :